Directed by Guardians of the Galaxy’s James Gunn, this sequel-reboot hybrid revisits DC Comics’ notorious Task Force X — a cohort of death-defying supervillains working with the U.S. government in exchange for reduced prison sentences. This time around, the reluctant heroes have been recruited by A.R.G.U.S. director Amanda Waller (Viola Davis) for a dangerous mission in the South American country of Corto Maltese. There, they’ll attempt to destroy a heavily guarded laboratory housing the hazardous “Project Starfish” led by evil genius The Thinker (Peter Capaldi).

From the moment the titular squad reaches the island nation’s shores, it’s clear we’re in for an expedition far grittier, funnier, and more cohesive than the last. That’s not just because The Suicide Squad’s R-rating lets its characters get at the expletives and gore its PG-13 predecessor so sorely lacked. It’s also because the groupthink clusterfuck that plagued Suicide Squad director David Ayer isn’t present (at least, not anymore present than it would be in another big-budget action movie.)

Instead of a mixed-and-matched mess of half-baked ideas, The Suicide Squad presents a unified vision from Gunn that, while not without its flaws, actually delivers the initial concept we were all so excited about in 2016. The premise of high-stakes adventure where the bad guys are forced to be good guys was never Suicide Squad‘s problem, and seeing it done even close to “right” is a thrilling experience.

I could watch Bloodsport and Amanda Waller stare each other down all day.
Credit: warner bros.

Gunn is given free rein to explore one of DC’s darkest corners and does so with a mostly new cast of characters. Suiting up for this next chapter are returning team members Rick Flag (Joel Kinnaman) and Harley Quinn (Margot Robbie), alongside newcomers Bloodsport (Idris Elba), Ratcatcher2 (Daniela Melchior), Peacemaker (John Cena), Polka-Dot Man (David Dastmalchian), and King Shark (voiced by Sylvester Stallone).

They’re a rag-tag group considerably messier than your standard superpowered protagonists. Whether they’re overlooking an enemy or mistakenly taking out an ally, Suicide Squad 2.0 barrels through the action with a reckless flare only villains can pull off — throwing away catastrophic mistakes like bloody confetti in the film’s first hour.

But the gang’s likability, forged in funny dialogue and strengthened by the contrasting callousness of Waller and her team at A.R.G.U.S., keeps you firmly on their side. Even as the chaos builds and the bodies mount, The Suicide Squad focuses on putting fun first, never allowing its darker elements to outshine the innate entertainment value of comic book characters exploring more adult material on the big screen. That the movie makes time for a Cinderella subplot that sees Harley adapting to life as a Corto Maltesean princess should give you a sense of its giddily goofy vibe. 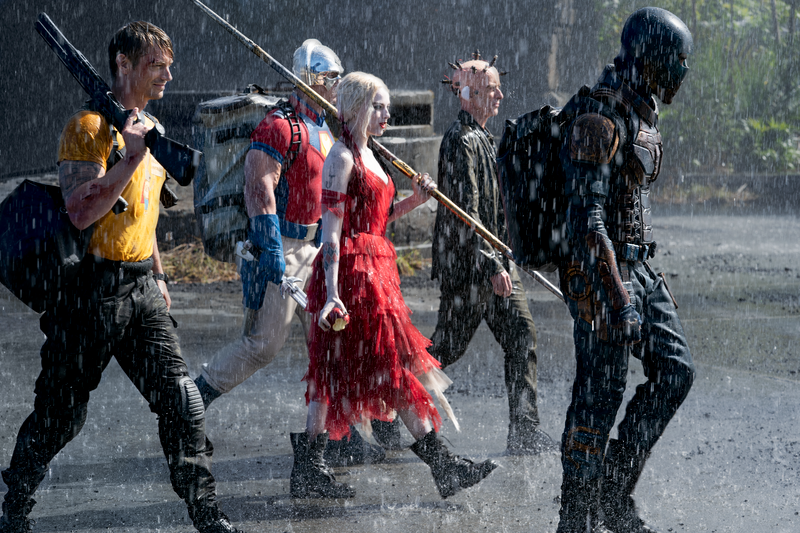 This isn’t Harley’s best movie, but that dress *does* rock.
Credit: warner bros.

While the team’s dynamic occasionally mimics the Guardians of the Galaxy too closely — King Shark, although lovable, plays a bit like a Groot knockoff, and Polka-Dot Man has some serious Mantis energy — Gunn does a reasonably good job of creating a new crew we can invest in for the long haul. But that long haul, as it turns out, doesn’t amount to very much.

From start to finish, The Suicide Squad is burdened with minor issues that counteract the goodwill we’re building with our heroes. Logic snags impact both narrative development and fight choreography, with characters spontaneously changing their motives and plans as often as they inexplicably toss away their guns. Confusing cinematography turns a handful of climactic moments into a blur of CGI debris, and needle drops too often take over when earnest emotion could work. 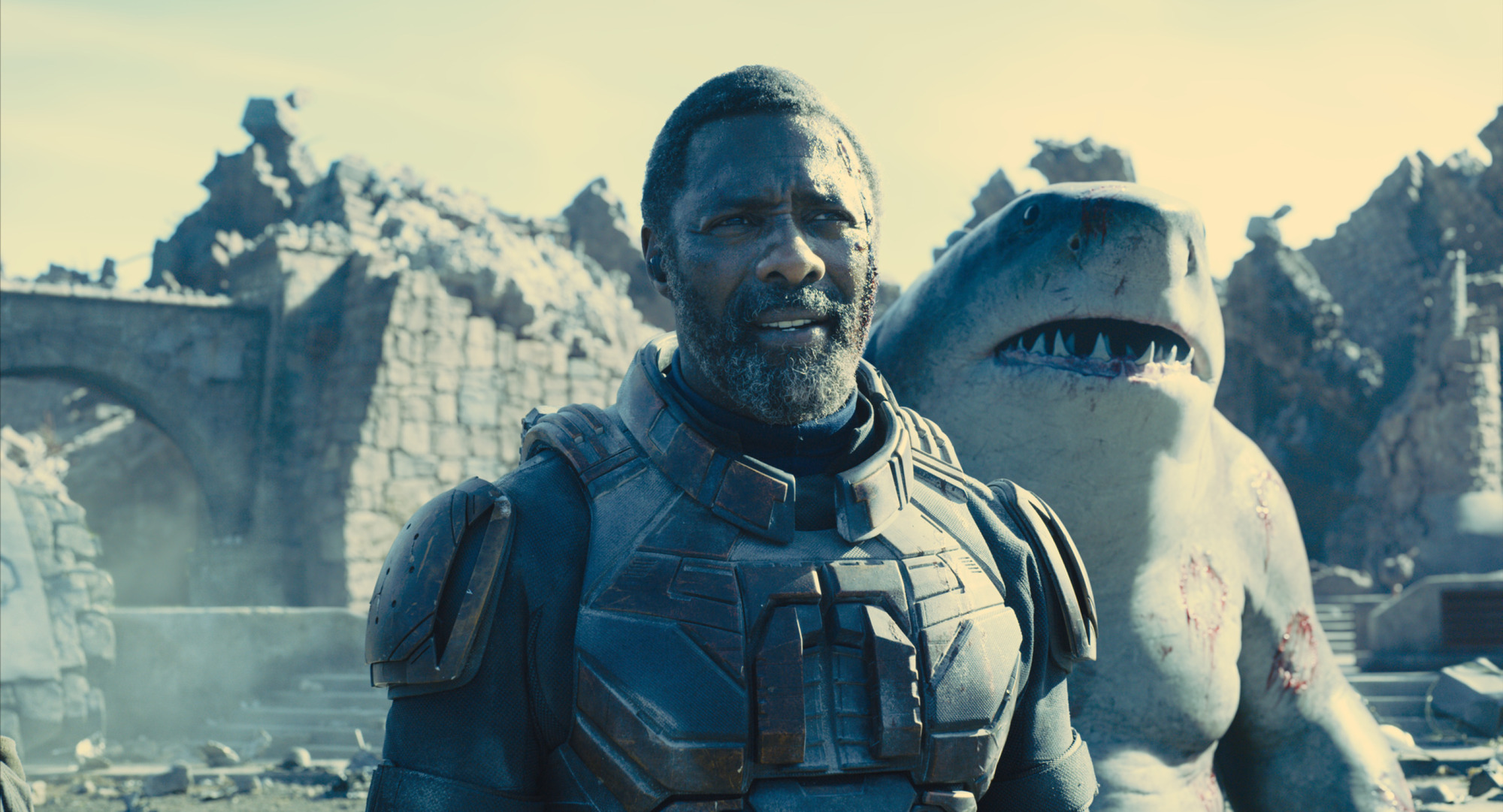 Bloodsport is cool, but I’d follow King Shark to the ends of the Earth.
Credit: warner bros.

But unlike Suicide Squad (2016), which suffered from overarching tone and story problems, The Suicide Squad grapples with issues relatively common to the superhero genre. Though The Suicide Squad‘s main message, which addresses themes of imperialism, government accountability, and rebellion, doesn’t land as smoothly as we might like, its confident sense of fun and Gunn’s willingness to “go there” will make you want to see more from these sloppy yet sweet baddies.

Messing up this premise another time could’ve marked doomsday for the DC Cinematic Universe. Instead, The Suicide Squad stands as a strong argument for taking risks and giving second chances — even when it comes to the “worst of the worst.”

The Suicide Squad is in theaters and streaming on HBO Max (with the ad-free plan) Aug. 5.

NASA is developing a way to 'sail' in space — Future Blink

Who gets to be the voice inside your meditation app?